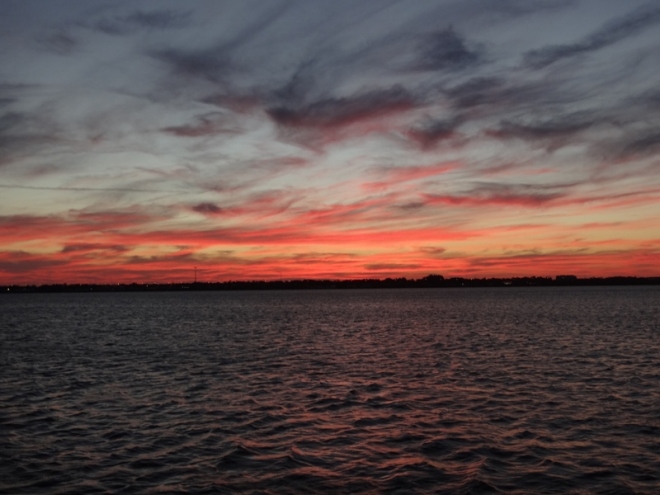 For some odd reason I am usually oblivious to crossing the FL/GA line. Yes, maybe the correct music would help- say “Cruise”, by…. you guessed it- Florida/Georgia Line!  But we were well into our day, as in anchored and ashore, before I realized we’d crossed the line. That’s the problem with being so mindful of Georgia.

Wed, Nov 16 found us anchored in a new place; Ft George River (no fort) at Talbot Island (fka Ft George Island- so ok must have been a fort) to go ashore and visit the Kingsley Plantation. This is the oldest still-standing plantation house in Florida, with several preserved buildings and the remains of most of the original slave quarters. Our friends Ann & Mike on Traveling Soul (aka “the other TS”) had visited and said the plantation was worth a stop; and it was! 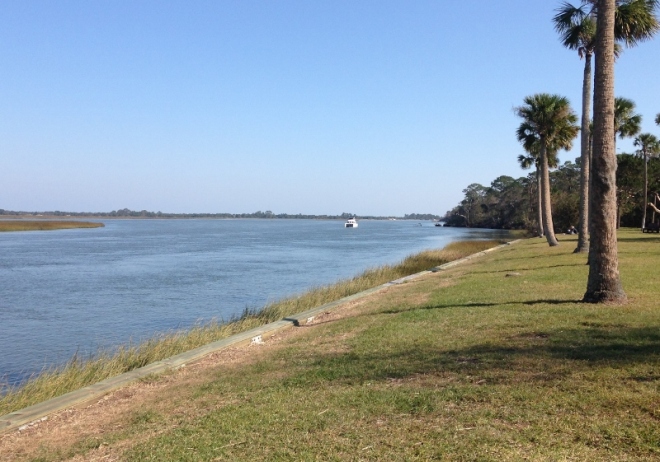 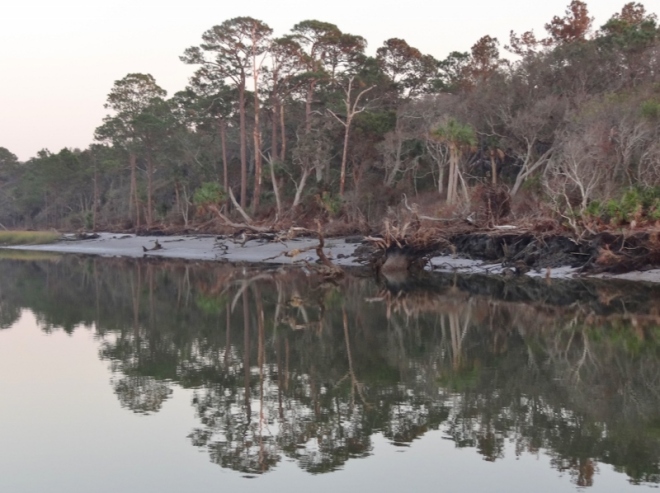 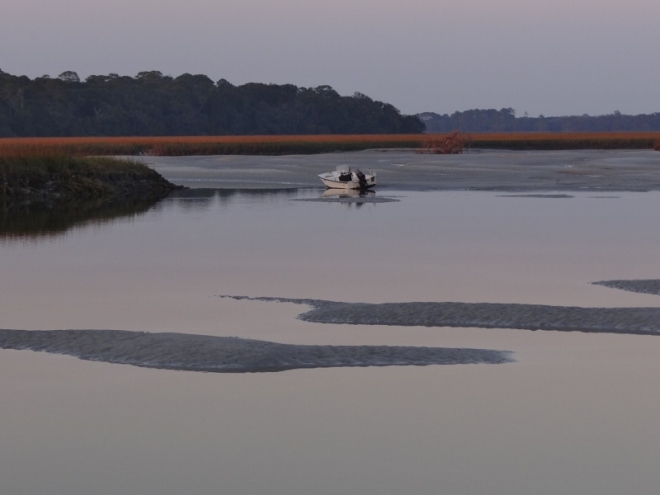 The dock was substantial and large, thanks to the tour boats that bring folks in who don’t want to drive. The self-guided tour is free and you get a phone that knows where you are and has a spiel for 8 to 10 stops of the plantation. At 2pm the ranger (nice guy but a bit stuffy) gave a tour of the Plantation House, Anna’s House and the garden.

In 1814, Zephaniah Kingsley moved to Ft George Island and established a successful plantation. He brought his wife and children. Here’s the interesting part: his wife, Anna was from Senegal, Africa and had been purchased by Kingsley as a slave. When they married, she was 13 and he 41. After 5 years she was freed. Anna actively participated in plantation management, which was kinda necessary because Zephaniah was often away at sea or off acquiring additional property in northeast Florida.

At first, Indigo was the primary cash crop but that was replaced by Sea Island Cotton, a silky long-fiber cotton. Indigo was a messy and deadly crop to process. The entire plant was used to create a mash with other liquids and the slaves stood thigh deep in the mash to stir it. Thanks to various toxins that got inhaled or would leech in thru the skin, the slaves who worked the Indigo often died after five years. 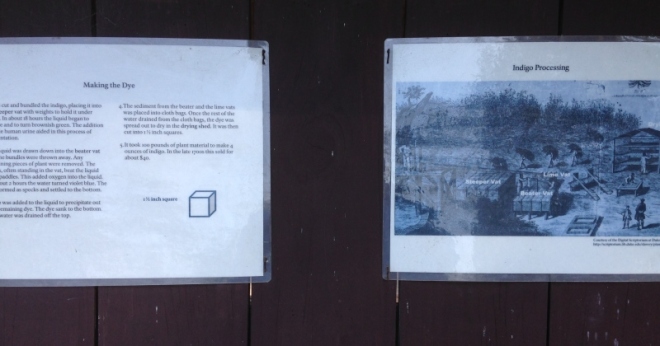 Use the entire plant to make Indigo dye 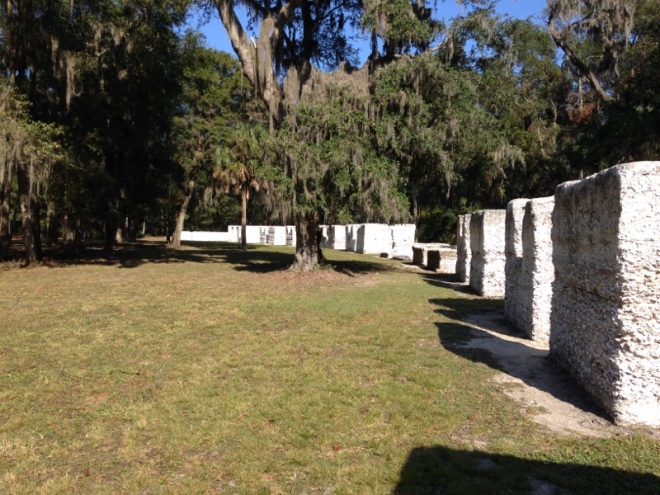 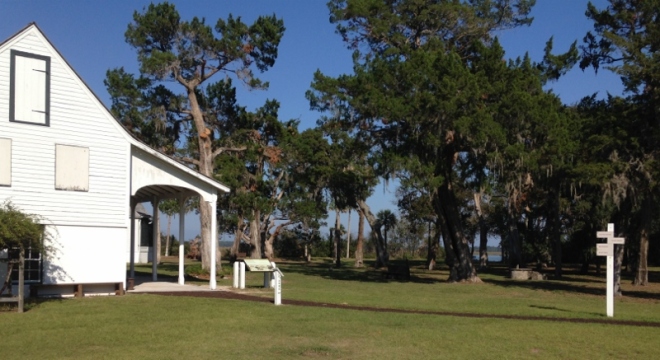 Mr. Ranger told us how the slaves had to whistle when they carried the food from the kitchen building to the main house. This was to show they weren’t eating any as they walked along. 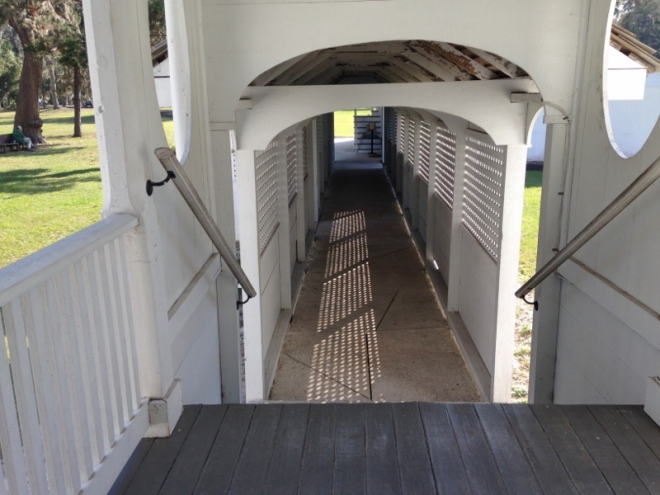 The whistling way, aka breeze way, at Kingsley Plantation

The following morning we continued our journey south, crossing the St John’s River as we inched closer to St Augustine. 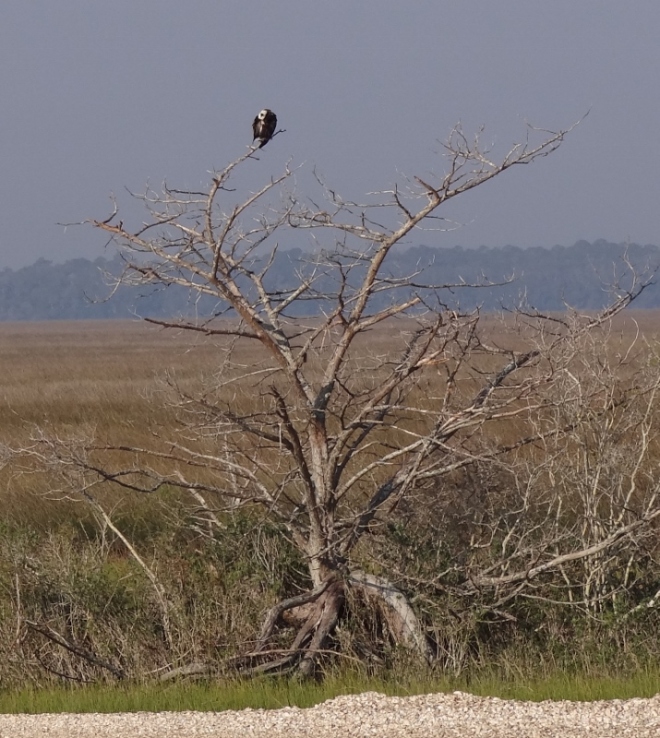 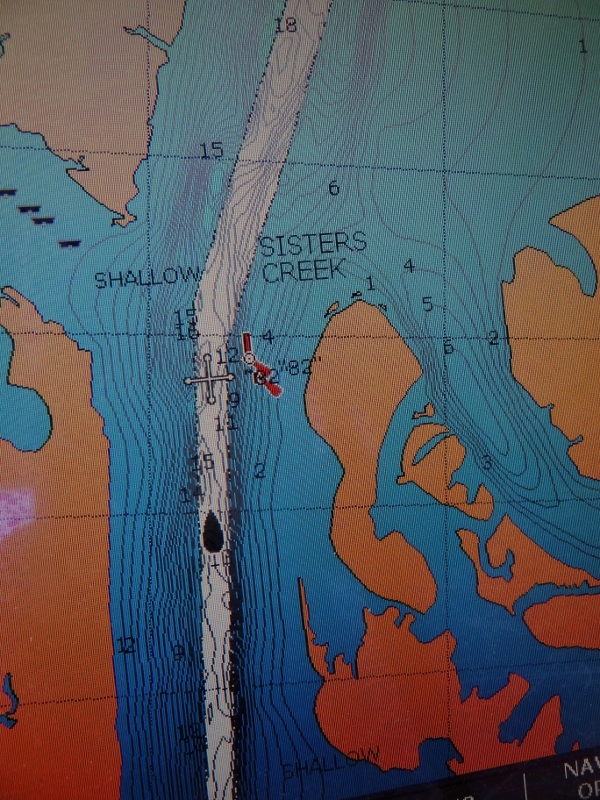 Does this mean we are triplets when on this creek?

I’ve lost count of the many opening bridges between Mile 0 in Norfolk and Mile 1015 in North Palm Beach that have been replaced by 65ft fixed bridges or by a taller opening version that allows most boats to pass under without needing an opening. Here’s another. 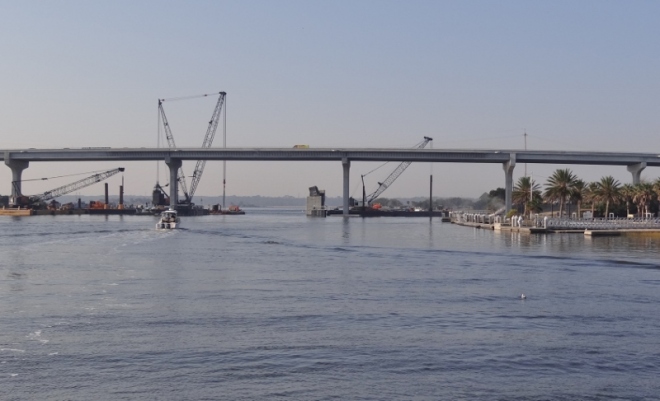 Another bascule bites the dust. Sisters Creek Bridge is nearly all dismantled

A few miles south after we crossed the St John’s River- carefully, since you may encounter container ships, crazy locals and a strong current, we came upon a place to be respected; the Atlantic Beach Bridge.  The trouble is not height, but width. The ICW is somewhat narrow here and when the flunky bridge engineer designed the bridge he made the pass through span just too darn narrow. The current has to push lots of water through less space and oh by the way the waterway takes a slight bend here. At times you could have a 6kt current here! Ideally, you’d like a moderate current in your favor or not much of one against you.

Amazing trip planner that I am, we’d be coming through with at most a one and a half knot current with us; perfect. The get-going-early boats were ahead of us and the later and slower ones were well behind. Except for a few local boats we had the ICW to ourselves. 🙂  We always engage in a conversation about this spot and how one trip (back in 2010 ?) we encountered a tug and barge at the worst possible spot.

Today, ok nothing on AIS, that’s good for starters. We’re looking ahead to see if anything is coming toward us and just as we get to the spot where we can actually see around the bend- oh crap is that a CG buoy tender headed north? Well, we have the right of way because those traveling with the current do. But Russ slows down cuz they are bigger than us, but good guys they are, they hail us on VHF and say they’ll wait for us. Oh thank you. Whew. And no AIS either.  What is it with so much “meeting up” at the worst possible spot? 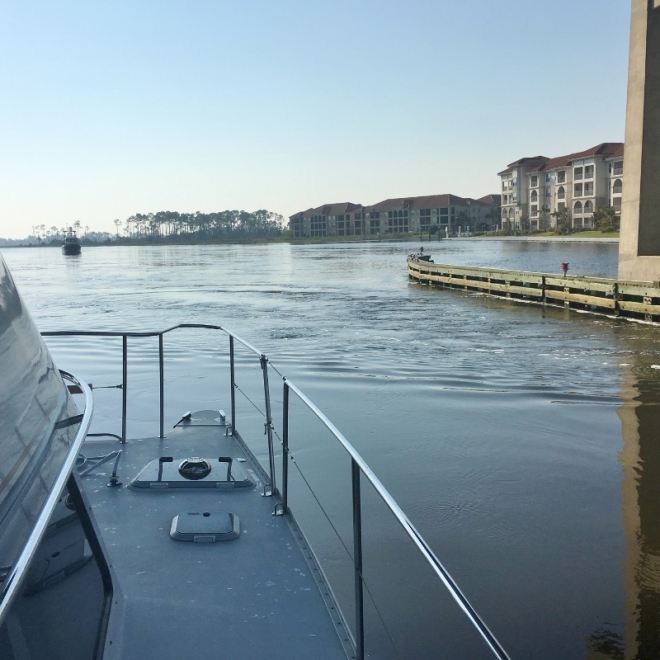 That night and the next Twins hung out enjoyably anchored at Pine Island oxbow where we worked on ordering boat stuff we needed to have delivered to us at Vero Beach, watching and photographing the birds, and oh-ing and ah-ing about the sunsets. 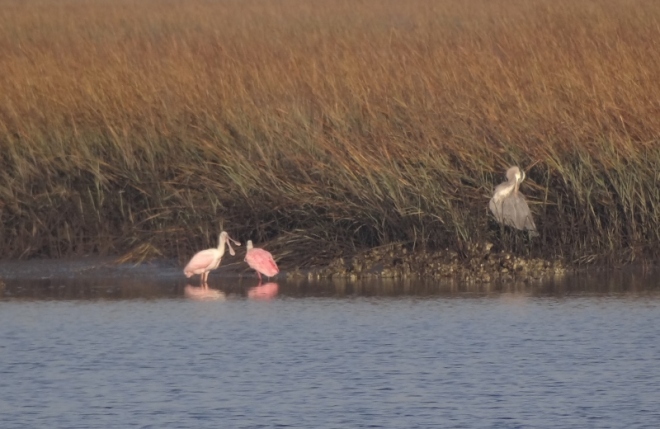 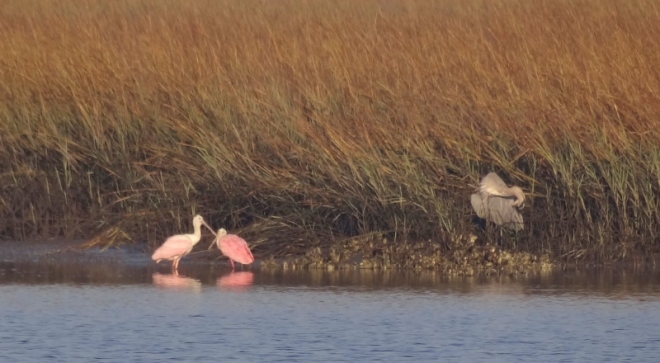 This is getting too personal, I gotta hide my head!

See you in St. Augustine!