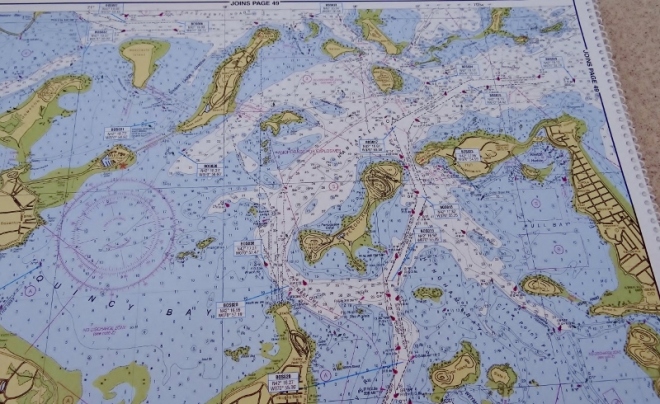 Thirty-four islands comprise the Boston Harbor Islands; we visited five over two and one-half tranquil days. They extend 11 miles seaward from the city but they seem much closer. Many are drumlins, small hills that look like upside-down teaspoons, a geologic rarity in coastal areas. Others are simply rock formations. Part of the National Park System since 1996, the islands are known today for their natural beauty and diverse history.

At one time though, they were treated as Boston’s unwanted stepchildren- the home of quarantine stations, insane asylums, internment camps, garbage dump sites, prisons for Confederate soldiers and WWI prisoner-of-war barracks.

Most of the larger ones provide easy boat access: your own boat (anchor or mooring) or take a ferry from one of several locations. Each drumlin (I keep wanting to say “gremlin”) has far more history than I can relate here so in an attempt at conciseness I will say little and show you plenty of pictures. We got very lucky with the weather; low winds and no daytime rain allowed us to choose our stops, move around and go ashore with ease. You can imagine my happy face:-)

No matter how much you read or how closely you study the chart or Google Earth nothing beats real life. We knew to expect 9ft tides and maybe a good idea to use a trip line (or maybe not!) and maybe moorings would be in or maybe not and maybe they’d be free or maybe not, but that was pretty much it.

First stop Peddocks Island- think Shutter Island- the opening scene from that 2010 movie was filmed at the large docks of Peddocks. 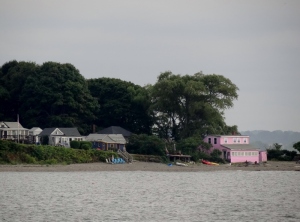 Portuguese Cove-our first anchorage. The pink house drew us in- so like the Bahamas

The long dock on the Northeast end of Peddocks.

One of the Fort Andrews buildings (the guard-house I think) is now a large welcome center. The church was just renovated 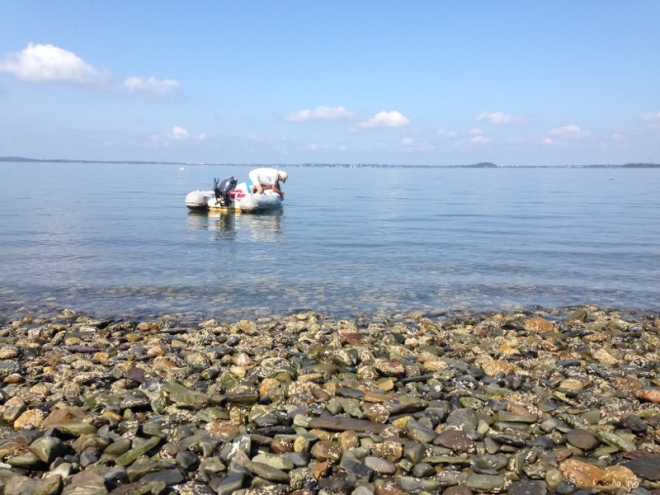 Most of the “beaches” are smooth glacial rock. Peddocks had plenty of barnacles on its rocks 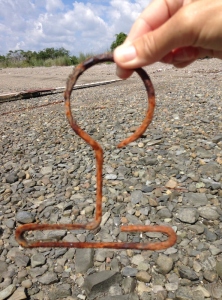 This is NOT a huge sardine can opener. Can you guess?

Tiny, pastoral Bumpkin Island was our last stop and we covered most of its 35 acres in a short morning. Bumpkin is actually in Hingham Bay and sits just off the town of Hull. Along with the other drumlins, Bumpkin was formed by a glacier over 15,000 years ago. When the glacier finally left town, the Native Americans migrated seasonally to the harbor islands. Wild fruits grew freely and the bay held abundant fish, oysters and clams; plenty for everyone.

In 1917 the U.S. Navy used Bumpkin as a training facility. This is part of the mess hall where 1,800 were fed at a single seating 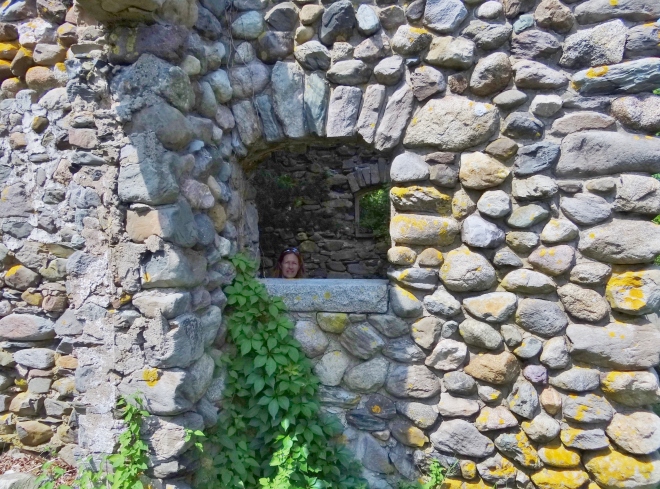 The stone house dates to early 1800s. Originally used as a house and possibly a stable, it became the heating plant for the Children’s Hospital and later the Naval Station

In 1900 Albert Burge, a local philanthropist, leased Bumpkin for 500 years from Harvard University and built a (summer) island hospital for children with severe physical disabilities. The floors were connected by ramps; no stairs impeded movement about. During WWI the hospital was used by the Navy then abandoned at the end of the war. It briefly reopened in 1940 but unfortunately burned down in 1945. A huge spread-out pile of brick rubble remains. We’re guessing after it burnt down the structure was torn down for safety reasons.

Deep River, CT for the rest of spring & perhaps part of the summer.