Norfolk, Virginia is generally considered the northern start of the AICW (Atlantic Intercoastal Waterway) which continues all of the way to Key West, Florida.  Officially, it begins in Boston, but since much of Boston to Norfolk is open water, Norfolk is commonly referred to “Mile 0” of the AICW. 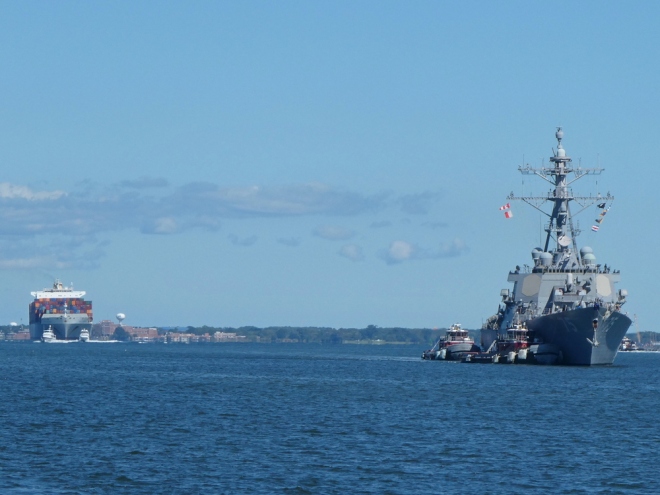 Transiting thru Norfolk is both fascinating & challenging, as it is one of the world’s busiest harbors.  Not only does it handle the most & the largest cargo ships on the east coast, it is also home to Naval Station Norfolk – the largest naval station in the world!  The warships, of course, are the most difficult challenge to avoid & avoid you must.  Blasting on the VHF radio “Warship 75 is entering Norfolk channel inbound to pier #6 – All vessels must maintain a 500 yard security zone at all times”.  Not so easy, as the channel narrows, they are zooming at up to 16 knots, then suddenly slow to maneuver or wait for tugs to assist, all awhile other boats of all types/sizes are zipping about & wait – did I mention some of the largest cargo ships in the world?

This year we were able to go fast & pass wide around this warship as they slowed for their tugs & yet get far ahead of the large approaching cargo ship which had “slowed down” to 12 knots.  In the photo above you can see the 2 powerboats attempting to outrun the cargo ship. 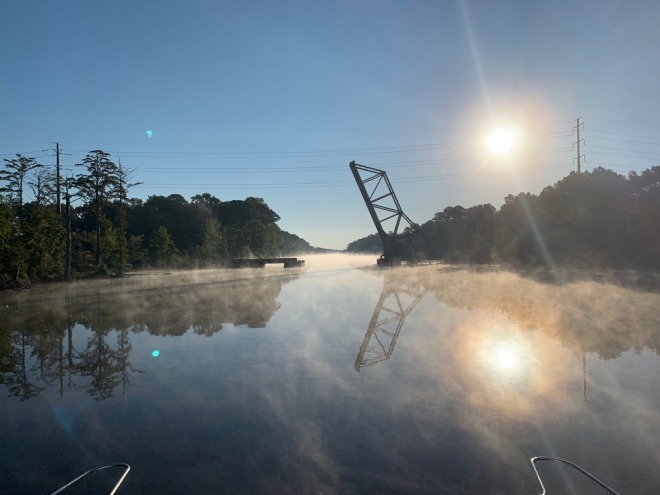 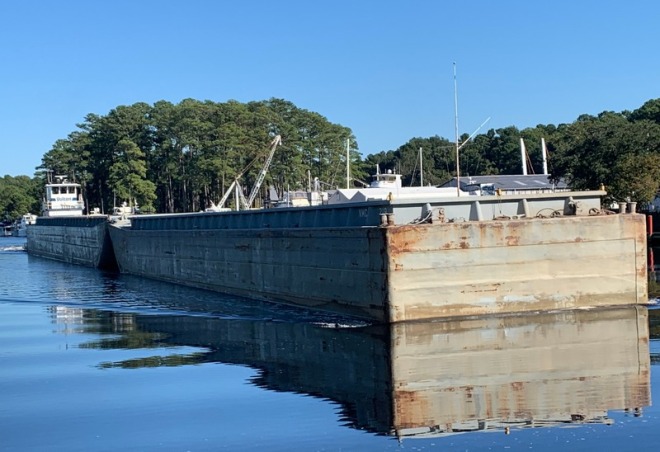 We are spending a few days enjoying Beaufort awaiting better weather to continue on.  We usually head offshore from here to Wrightsville Beach, but we’ll see what the weather brings.