What’s with all these forts? Even we are beginning to think forts are today’s pharmacies- every town has one or two or more! Take this one; never, ever used. Looks it too; unscathed and reasonably pristine as forts go. Built during the Civil War, Fort East Martello is small in size (likely due to not ever being completed); its few cannons now sit at Fort Taylor a few miles west and the structure is practically overshadowed by the Key West International Airport.

While Key West remained a Union-controlled island during the Civil War, the majority of Key West citizens supported the Confederacy. With such a rift, it is perhaps surprising that no battles took place on or around the island. Having no use for the Fort once the war was drawing to a close, Fort East Martello was abandoned in its unfinished state by the Army.

Fortunately, sturdy old buildings with character and history make perfect museums and venues for art shows. In 1950, the Key West Art & Historical Society, with its own army of volunteers, cleared away years of debris and dust to open Fort East Martello as its first museum. With continued community support, the Society restored this national landmark in accordance with its original 1860s design. Today, visitors can explore the preserved battlement’s collection of relics from the Civil War, learn about the wrecking and cigar-manufacturing industries which shaped the Florida Keys, view the unique folk art of Mario Sanchez and other local sculptors.

For some reason this seemed familiar 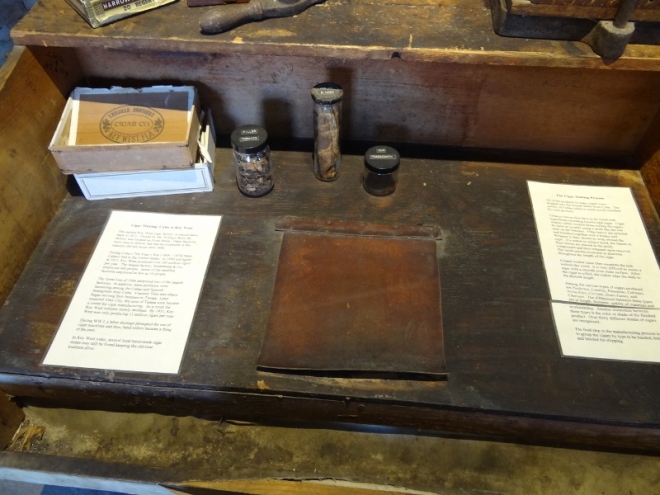 Desk where those with talent would hand roll cigars

Each visitor receives a personal overview of the museum’s displays and layout. The timeframe of most of the small exhibits ranges from early-mid 1800s to early 1900s. I’m pretty sure the most popular, and the draw for many visitors, including us, is Robert the Doll. This thing is scary; over 2 ft tall, he belonged to Otto Roberts who as young children do, attributed all sorts of childhood shenanigans to his doll, “Robert did it.”

The doll’s face is very worn but the plaque described it originally as “clown-like”; that’s enough for me to think “scary”. We did as instructed and politely asked Robert if we could take his picture. Hey, the nearby screen scrolled letter after letter apologizing to Robert for not asking, then detailing the bad stuff that soon occurred upon returning home. Oh no, not going to step into bad juju; twelve later days all remains well. 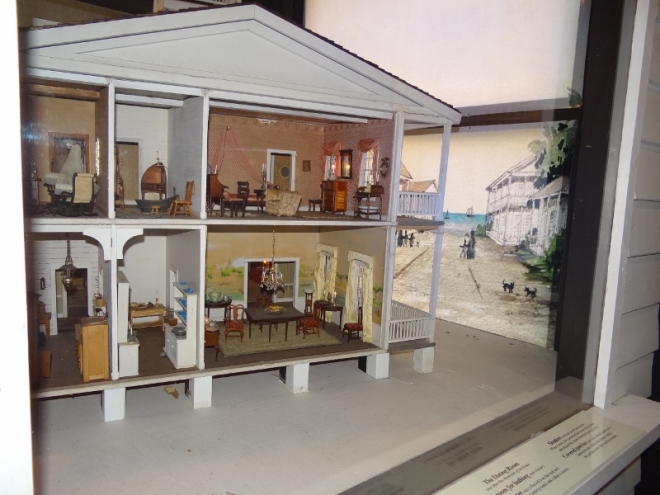 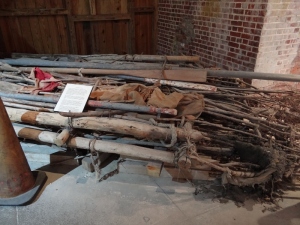 This Cuban chug washed up just a few years ago. Hard to picture it ever being seaworthy for 90miles 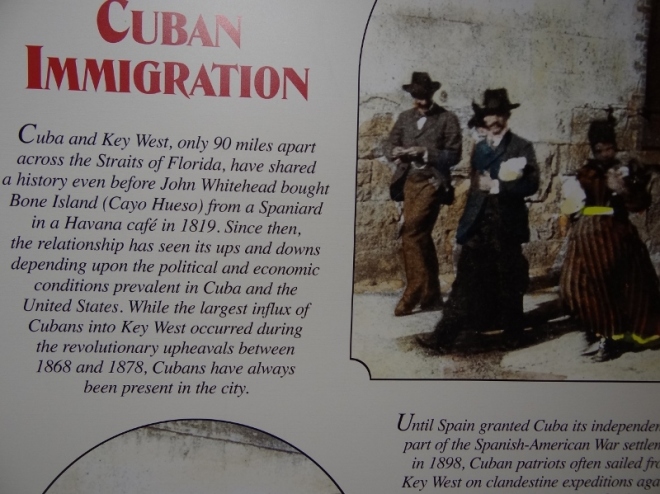 Smather’s Beach is across the way and we knew it was the best and certainly the largest beach in Key West. In 2007 we stayed at the Sheraton across from the beach. We had time to kill before heading to dinner at Kaya’s Island Eats (another top rated dining spot), so a beach walk seemed like a great idea and something we’d hardly been able to do in the Keys. 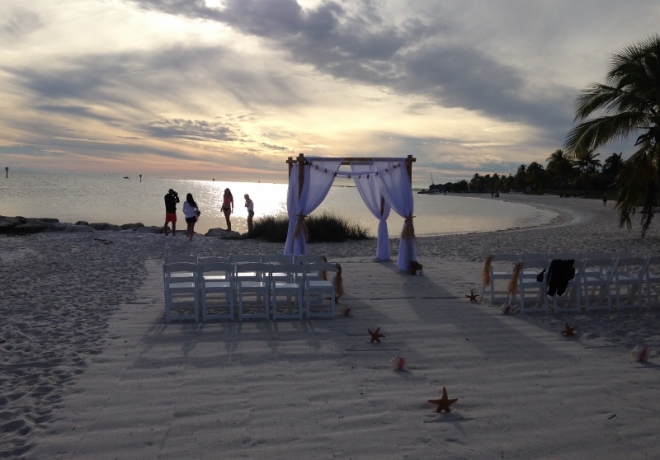