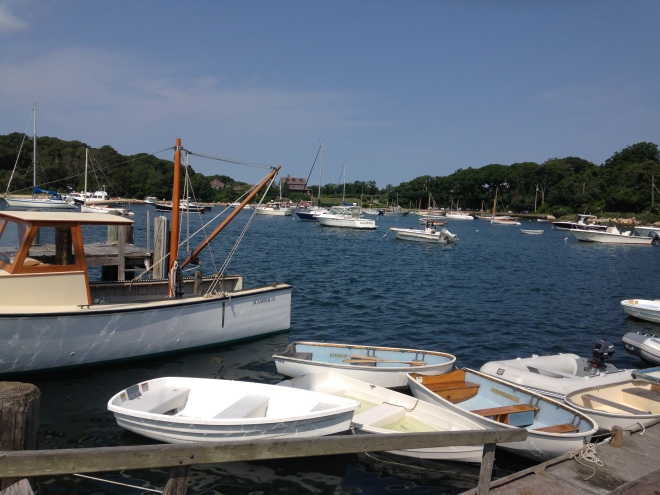 Quisset Harbor a mere four miles north from Hadley not only put us firmly on the Cape but also into another gold star harbor. The name Quisset finds its roots in the Native American name meaning “star of the sea.” Quisset is home to the Quisset Yacht Club, a club founded in 1912 for amateurs who adore the pursuit of the perfect sail. The snug harbor is filled with Quisset Harbor Boatyard moorings yet the landscape is surrounded by rocky beaches, bird sanctuaries and wooded hills that offer plenty of exploring opportunities. We picked up a QBY mooring, launched the dinghy and headed over to the crowded dinghy dock. The harbor is essentially two harbors; the outer is larger and more exposed to the Buzzards Bay opening, while the inner is tucked in at the harbor’s head with maybe three dozen moorings, only a few QBY ones for guests. On our trip south from Maine in 2010 after picking up Ortolan, we stopped here. As lovely as our memories recalled; the mooring cost is only $30.

A short walk to Woods Hole Road where the trolley that runs every 30 minutes between Falmouth and Woods Hole stops.

We rode the blue trolley into Woods Hole

Ask people what they know about Woods Hole and the answers will run the gamut from: it’s where you catch the ferry to Martha’s Vineyard; it’s the start of the Falmouth Road Race; the entrance has a wicked current; it’s where Matt Hooper, the “Jaws” shark expert was from, to; Jack Rackliffe spent some time there didn’t he? 🙂

While Hooper was a fictional character and Jack moved away to California, their place of employment, The Woods Hole Oceanographic Institute, is very real and well-known. It’s America’s largest independent, not-for-profit oceanographic institution. Close to 1,000 employees work in 54 buildings and labs around 219 acres in Woods Hole. Every few steps takes you past a WHOI building, however; room still exists for a few shops, restaurants and a bustling grocery market.

Eel pond sits behind all the building frontage and we enjoyed a view of the crowded pond during lunch at Shuckers. To enter the pond you must pass through a 30ft wide channel spanned by an incredibly quiet bascule bridge. During the day the bridge opens every half hour for boat traffic. Incoming has the right of way and the traffic lights at each end indicate when you can proceed. We watched the process several times as the bridgetender manually swings the gates into place that stop traffic, the bridge raises so quietly you can’t hear it, the boats come in first then those who are leaving exit through, the bridge closes and the bridgetender steps out to swing the gates open for cars and pedestrians.

The Woods Hole Science Aquarium- one of the oldest public aquariums in the country and the cost is “donation only”. The aquarium opens at 11am and that is feeding show time! We and an enthusiastic crowd watched as the marine lady put harbor seals Bumper (age 7) and Lucille (age 12) through their paces which included teeth brushing and ring toss return. Bumper is nearly blind but finding and returning the ring was a cinch.

Seals can’t walk like sea lions can. Bumper did his best for the crowd

The Woods Hole Historical Museum is up the street from the Steamship Authority docks. We missed the morning boat building session but received a personalized tour from our guide who queried us greatly about the cruising life he envied. 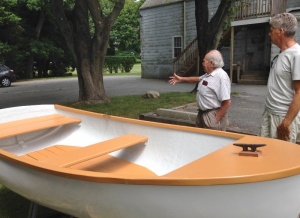 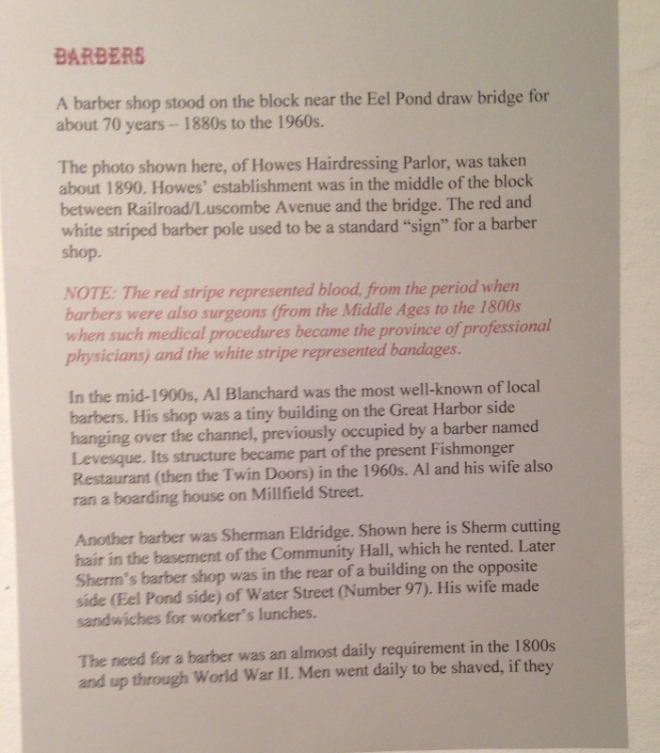 We learned why barber poles are red and white, 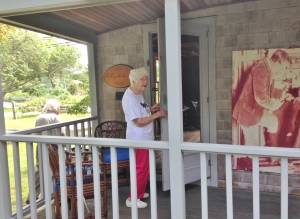 Before Woods Hole became a research center, its residents prospered via farming, fishing, whaling and shipbuilding. In the mid-1800s, Penzance Point was home to the smelly Pacific Guano Company which processed seabird dung with fish meal from local menhaden to produce organic fertilizer. Talk about a fowl and foul odor!!

After hopping back on the trolley- the driver going past our stop- we got back in time to see about 15, 12ft Herreshoffs  return from a race in the Bay.

The evening’s sunset gave Menemsha a run for her money. Looks like the sun is nestling into a nighttime pillow.

2 thoughts on “Quisset: Quaint and Quiet”