Our 190 mile run down the Florida coast from Georgia went smoothly, except for a forecasted Nor’easter.  A Nor’easter in Florida? They usually form in Georgia or South Carolina before roaring to the northeast – we experienced many living up in Connecticut.  This one formed more to the south & looked as though it would slam us in St. Augustine, with winds of 20 – 30 knots, gusting to 50.  This sadly shorted our planned 3 day stay to just one. 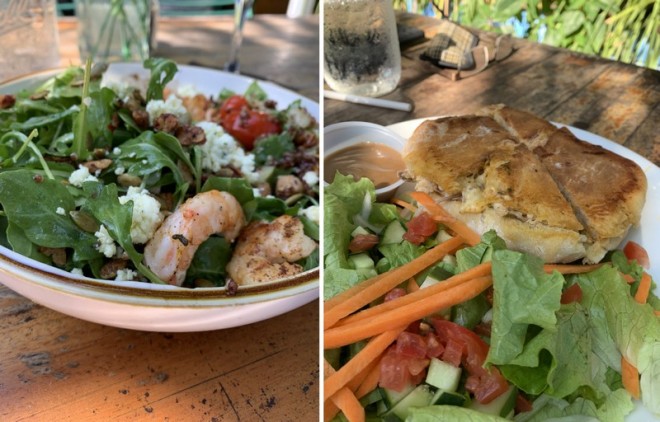 During our single day in St. Augustine, we still made it to our favorite restaurant, The Floridian. Not only is their food very tasty, their craft cocktails are outstanding!

These egrets kept this up for an hour – one would march down the dock forcing the other to fly off – repeat.  So much for catching any fish. 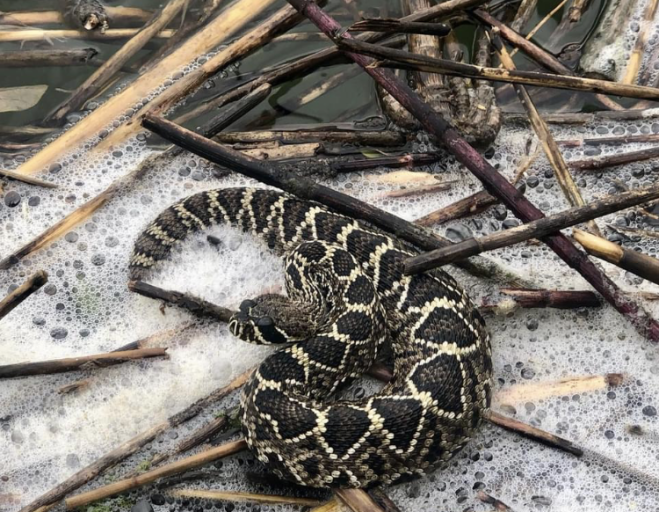 Meanwhile on the next dock over, this cute little rattlesnake floated in on a mat of reeds. The marina folks caught it in a net & brought it over to Florida Fish & Wildlife. 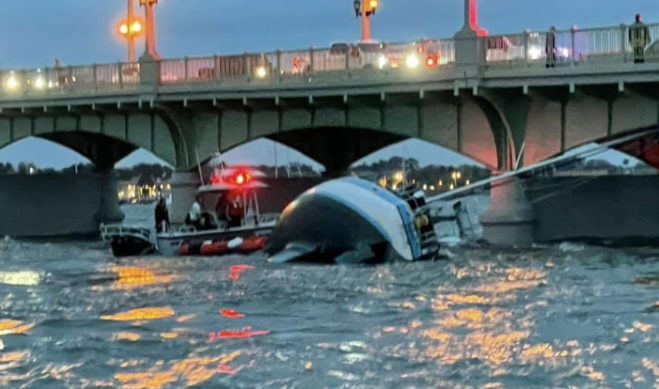 We got out of town just in time.  From prior experience we’ve learned that neither the St. Augustine Municipal Marina nor it’s large 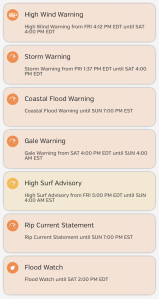 mooring field is the place to be in stormy weather – especially with northeast winds (the ocean inlet is only a mile away to the north).  This sailboat is one of several which broke free during the storm & was swept under the bridge with 3 people aboard.  Fortunately fire-rescue crews quickly rescued the people & were able to keep their sailboat from sinking.  Remarkably there were no injuries.

During all of this, we were safety tucked in about 15 miles further south at Marineland – a much more protected marina.  While we experienced nearly the same winds, we had no issues other than the tide pushing the water to 2′ over normal.  The normally gently sloping ramp down to the dock became a mid-air climb.

Once the winds died down a bit, we continued on.  We considered delaying our travels to anchor near Cape Canaveral to view a SpaceX launch, but that would have cost us another 2 days.  We’ve seen a few launches while in Florida, but never “up close” – maybe next time!

6 thoughts on “Down the Florida Coast”

Loggerhead Marina in Vero Beach, FL until mid-December or so. We hope to cross to the Bahamas by Christmas.