Lifted up and out for a land respite

We’d put it off long enough; first from last fall, then spring, until finally it had to be done; the dreaded haulout and associated time-consuming, laborious tasks- most of which fall on the Captain’s shoulders.

Our pre-selected haulout location ended up making us nervous for several reasons, so mid-stream (actually it was more like as we were about to step on to the shore) we chose another marina that just happened (really) to be a stone’s throw from downtown Mystic. With a view of the famous drawbridge, the Mystic River, and close to great dining and shopping; what’s not to like? I bravely withstood the constant temptation to wander around town.

The price was right, we could hook in to electric and water and no problem doing our own work- oh and stay as long as you need. On site washer and dryer, clean and spacious bath/shower rooms put a smile on my face. 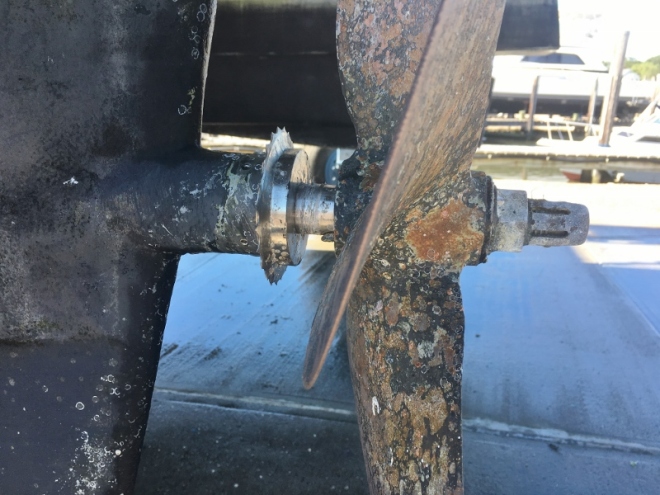 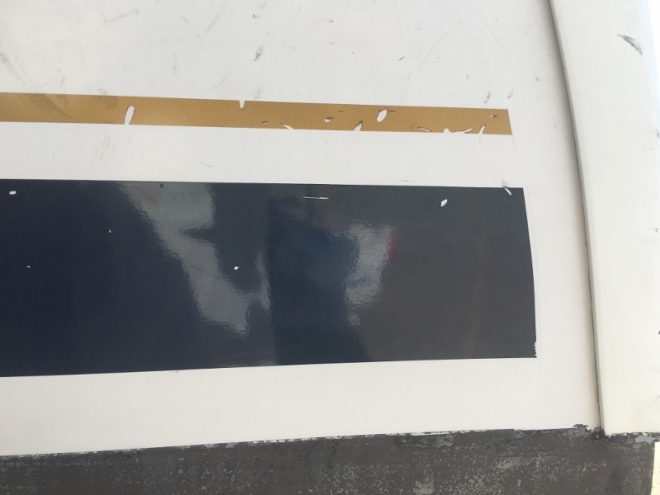 Then it happened. I’d been waiting for it; a car breakdown. Bonny is 13 years old, so hey it’s time. You know how it goes; I hear a sound under the hood as we are almost back to the marina after a morning of errands. Honey do you hear that? Finally he does but we park, unload and don’t give it another thought. The next evening we head to dinner at the Oyster Club’s Treehouse. Drove the car. By the time we were parking the noise was VERY LOUD and smoke poured from under the bonnet. (hood)

Shredded fan belt lay on the road. That could have ruined our evening but Russ talked with the auto shop who felt sure we could drive the car there with little difficulty later that evening. Not too busy, they’d look at her first thing. I walked back and let Russ drive Bonny the four miles; he made it with only 4 pull-overs to prevent overheating. Uber ride back by 7:30. Done.

Cathy came one morning and we walked 5 miles RT along the Mystic River then over to Sift Bakery for authentic croissants and refreshing beverages in air-conditioned comfort. Amazing how 5 miles seems like 2 when one is walking, chatting and enjoying the sights and all the other energetic peeps out and about. I deeply regret not having a chocolate croissant photo to share; you’d be wowed! Cathy (who has traveled to France) pronounced them totally authentic.  Two weeks later: a do-over!

How lucky to enjoy excellent weather (actually most of the summer was superb) when we had to get things done, like compounding and buffing; bottom painting two coats and a hundred minor things that must be done while on land.

For a long while Russ had been torn between a kayak and a stand-up paddle board. Space, cost and enjoyability all factors to consider. >>>> then he found a deal not to be beat and that evening tried it out. Four weeks later (as I write this) a second try is waiting.

Trying out the new board.  Shaky yes, but he turned well and stayed dry.

We took a break between September 2nd and 7th, driving a comfy rental car to Vermont for our son’s birthday then whisking him away to visit family in Western New York. During that time away Hurricane/Tropical Storm Hermine would be visiting the CT shore. Bonny got moved to higher ground (aka Cathy’s place), Twin Sisters was up high enough on blocks and if the power failed we had solar.

Visited the farm where Benj is part of a great farm crew. Got the personal tour and picked all the cherry tomatoes, large tomatoes, raspberries and flowers we could carry. 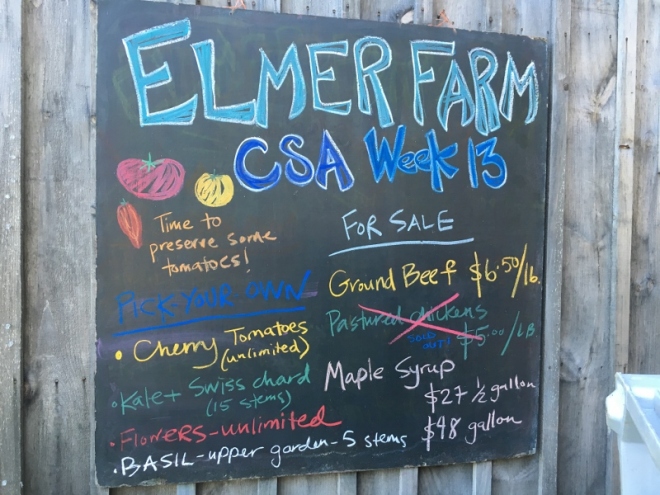 Between Albany, NY and Buffalo, the NY State Thruway parallels the Erie Canal which has a companion railroad track for company. We stopped for a leg stretch and to take a peek at a place we know other cruising friends have traversed. 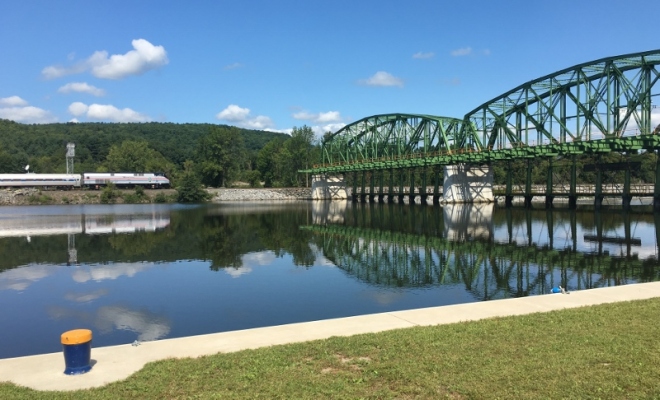 The Hamburg Brewing Company is just gorgeous, not like a beer pub at all. More and more we find craft breweries welcoming, creative and comfy places to visit and hang out. This place sat well with all of us. 🙂

A place called Canalside in Buffalo

Benj wanted to get a look at Lake Erie so after Sunday brunch we drove along the Lake, ending up at Canalside where there’s plenty to do. The biggy thing is the Naval & Military Park where for a modest fee you get to tour: Museum, USS Little Rock (Guided Missile Light Cruiser), USS Croaker (Hunter/Killer Diesel-Electric Submarine) and USS The Sullivans (Large Destroyer).

USS Little Rock was commissioned in 1945. Her homeport was Newport, Rhode Island and she made many cruises to the Med and North Atlantic. Decommissioned in 1976, she is the only guided missile cruiser on display in the United States.

USS The Sullivans was commissioned in 1943 in San Francisco. She is named for the five Sullivan brothers who enlisted in the Navy and served together on USS Juneau. In 1942 all five died while fighting off Guadalcanal. A Japanese submarine sunk the Juneau and 700 sailors perished that day. USS The Sullivans is first Navy destroyer ever named after more than one person.

The ship sported the shamrock of Ireland on her forward stack and entered WWII with 23 crewmembers named Sullivan. She fought many battles, rescued numerous survivors from downed planes and sinking ships never lost a man in battle. Good Irish luck this ship.

A tour of Croaker would be my first look at the interior of a submarine. She was commissioned in 1944 after being launched in Groton, CT ( yay Groton!) She made six WWII patrols in the Pacific and received three battle stars for her service.

Mother & child pose by the berthing compartment (get it?) on USS The Sullivans 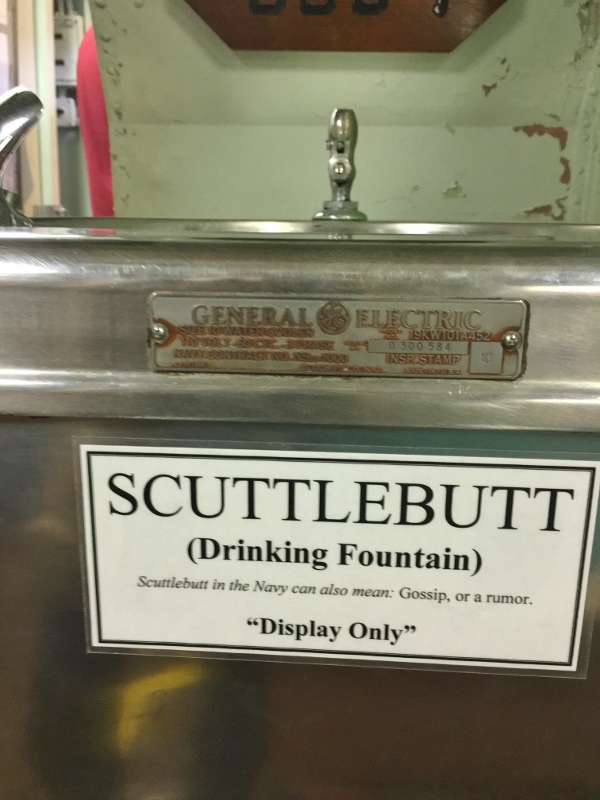 If you’ve wondered how the person knows which flag (s) to raise- this is how. A cheat sheet of sorts

The photo above is aboard The Sullivans; see the shamrock?

How great to be aboard a ship with so much history.

After a stop at Paula’s Donuts (you knew donuts would be part of the trip, right?), we meandered through the Charles Burchfield Nature & Art Center, which was a few miles up the road. I have returned to the Buffalo area many,many times since 1960 when my Dad was transferred to New Haven, CT but had never heard of Buffalo Creek. 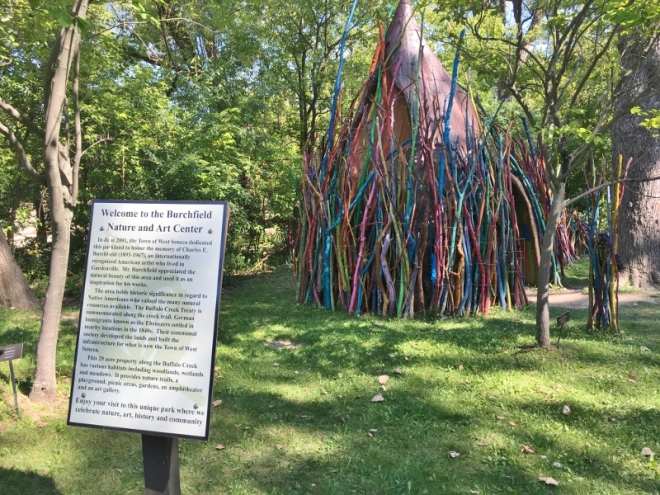 We returned to find Bonny in her happy place, the boat exactly as we left her, the power had gone out but not long enough to matter and the often fluky fridge purred along keeping a proper temperature.

Once back in Mystic, the Energizer bunnies (we’d been dubbed that by fellow boaters) got to work in earnest. Two coats of wax on the hulls, (it’s like two boats you know), and beautiful re-balanced props back on with the line cutters in place, new zincs on the props and rudders to protect them from stray electrical current. And a dozen more things too numerous to mention. 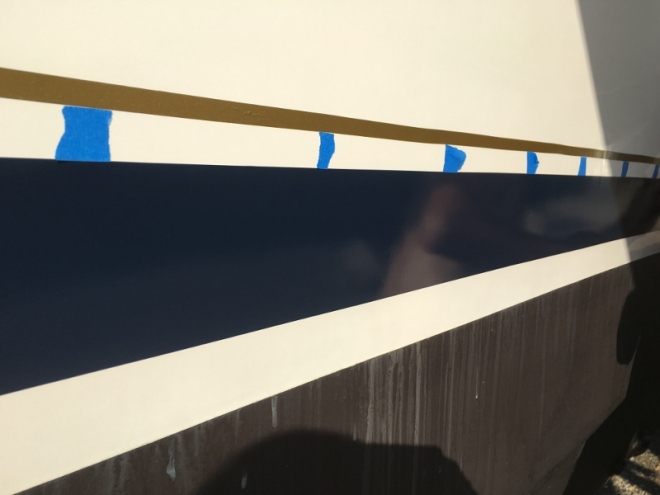 The wide navy applies easier than the narrow gold. The correct spacing just happened to be tape width.

Met our revised goal to be done and ready to go back in Thursday Sept 15.

Gotta love those props, so pretty!

Then would you believe…. More cleaning?!?!?  Flybridge and deck- damn but that decked shone whiter than pure snow! An endeavor to be admired for oh, a few hours. All nine outdoor cushions went back on. I’d scrubbed them then applied a well-rubbed in coat of 303 Protectant.

Then we got to the good part, clearing the mess inside and looking like a useable vessel again.

One final thing on the to-do list was to drop off Bonny at her winter home; our nephew’s place. She will be safe and secure and maybe that coolant leak will miraculously disappear by June. 🙂 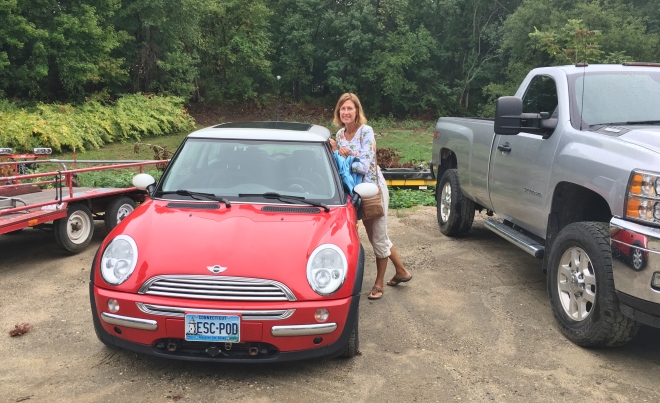 2 thoughts on “Of haulouts, repairs and driving north”