Our first stop but we didn’t see much bird life

The most unique national park in the country, the only one created to preserve the environment rather than scenery, the only place in the world where alligators and crocodiles can be seen together… and we nearly missed it. As we traipsed out of Castellow, we met a man with a serious camera- the first of many we’d see over the next 10 days- and he shared about visiting Flamingo and Mahogany Hammock. We thanked him, smiled, checked Google and learned about Everglades Nat’l Park and that the main southern entrance was only three miles from our campground. Flamingo lay at the end of the road, 41 miles away. If you could see that far you’d be looking at the Keys.

My vocabulary lacks the words to describe the magnificence of an area that is pure Florida, stunningly Mother Nature in all her glory and should be your next vacation destination! Forget the theme parks, the animal parks, the fancy stores; get down to the Everglades. Sure you have some airboat rides, gator stuff, but once you get into the park and experience it and learn, you will be amazed. Trust me.

A $10 entrance fee allows you to return for another six days; we returned a second day. This tells about our first day. Photo selection was extremely difficult so I may have to create a new photo album page soon.

Once again our brains shifted to overload with all the info poured in and since I am way behind on posting and with so many photos at my disposal, you get the “more photos” posting. 🙂 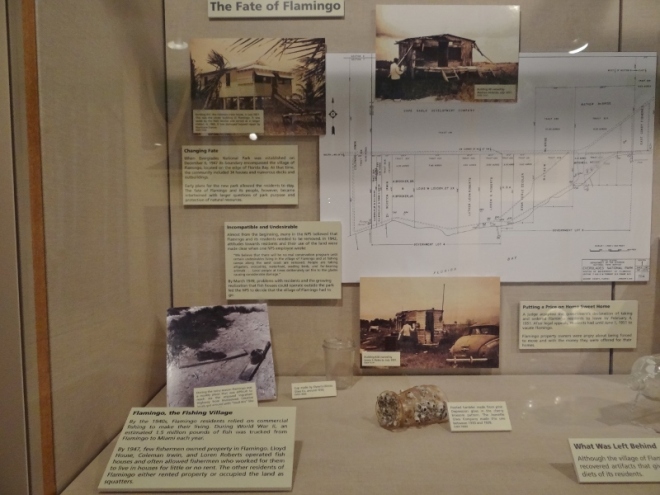 The residents had to go; but they fought hard to stay

Hunters would shoot thousands of beautiful birds just for their plumes. The current bird population in the Everglades and Big Cypress is a mere 10% of what it was years ago

One of eight who reside in the marina basin

Flamingo has a marina, visitor center with the Buttonwood Café, large multi-sectioned campground with limited electric sites, offers large pontoon boat tours into the Bay or Backcountry, canoe and kayak rentals, launching ramp and several trails. You can also camp out on several of the tiny islands as well as canoe/kayak your heart out along any number of water trails.

Croc-zilla sunbathes by the dam at the marina

Getting up close and personal is no problem in the park; the birds and other wildlife seem to be habituated to people and generally ignore us. When we drove in to Flamingo the familiar osprey cry filled the air. One nest was less than 20 ft up and you could see the female standing on the edge of her huge nest. Later on we returned to get boat tour info and were treated to this sight. 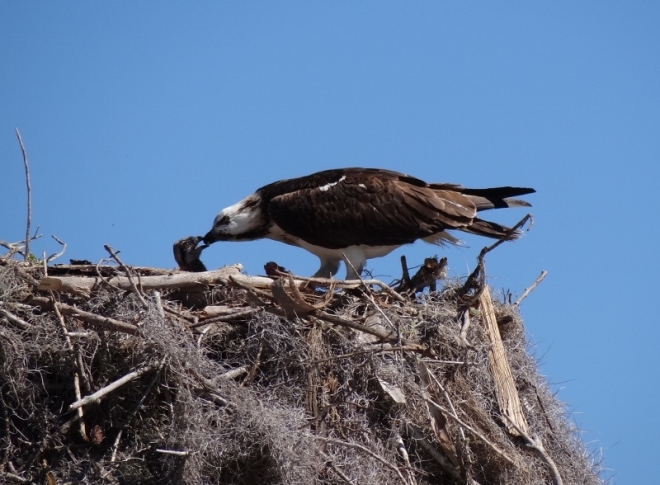 The male catches the fish, beheads it, rinses it, delivers it to the female then rinses his talons in the water. He usually hangs out nearby while mom feeds the chick.  She has to shred off pieces her chick can eat or else he won’t take them.

We drove through the campground which wasn’t even half full, except for the section with electric for the lucky ones. This hawk was enjoying an open air moment on the garbage cans.

Surprise! Sea Beans in their pods and on the ground!

At the very end of the campground and not well-marked was a trail; too long to tackle today but it had a small loop trail offshoot and I was thrilled to find Nickar Beans aka Sea Pearls. Not all sea beans float in from exotic lands; some are local. 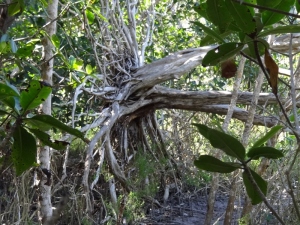 All along the 38 mile road through the park you will find trails and places to stop and photograph various wading birds, etc. We quickly decided that another day was a must and even at that, we still wouldn’t see it all. Got an interesting small world, cruiser meet-up story occurred today, but I’ll save it for a more appropriate time. 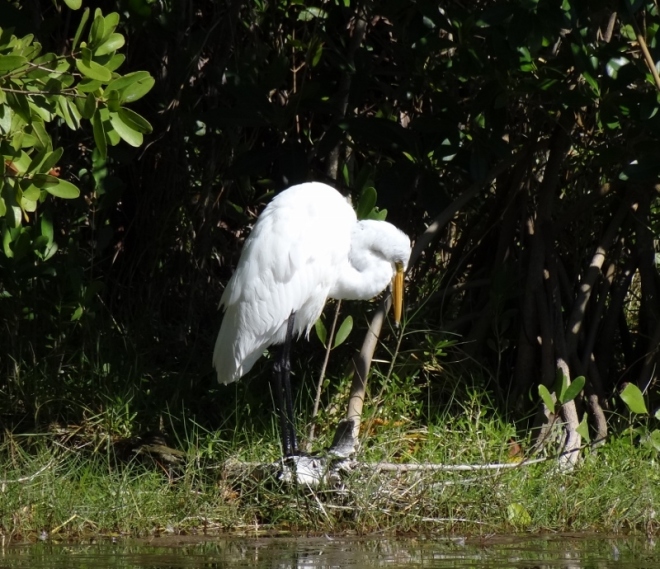 This Great Egret is not behaving for the photographers

On our way back to home sweet motorhome, we stopped at the famous “Robert is Here” market and fruit milkshake destination. When Robert was six his Dad put him by the roadside with a bushel of cucumbers to sell; and no one even stopped.

So Dad made a large sign that read, you can guess, “Robert is Here.” Within 5 years Robert had hired a woman to run his fruit stand and the rest is history. Russ wanted a Key Lime Milkshake and boy it was excellent- and I am not crazy about fruit drinks.

That’s Robert in the red shirt behind the counter

Robert is a very active, involved owner and more than once  heard him on the loudspeaker calling for help up front and making sure all bins were full. 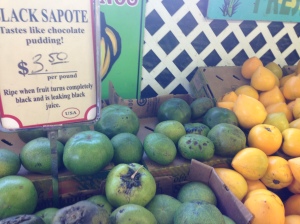 At our marina in Deep River until we depart after the 4th of July weekend.