Although we departed the Keys on Jan 31, I still have a few more (can you stand it?) posts to share with y’all. During our first couple of boat cruising years we spent time on four or five occasions hanging out in Boot Key Harbor at the Marathon City Marina. Long time followers with good memories may recall some of the fun times and visitors we enjoyed.

We only drove up to Marathon twice but managed to fill our days well, especially our stops at Sparky’s Landing. Our friends Chris and Tracy of (now for sale officially) sv Sanuk had a bulkhead spot at the City Marina that they expertly squeezed themselves into when it became available.  We get a good chuckle about them being at the marina because during their first visit in Feb 2011 they gave it a big thumbs down. Maybe due in part to running aground in the tight anchorage area, but still we knew the place had what they would need in the coming years. 🙂

Here’s a mostly pictorial post of our Marathon jaunts via land. 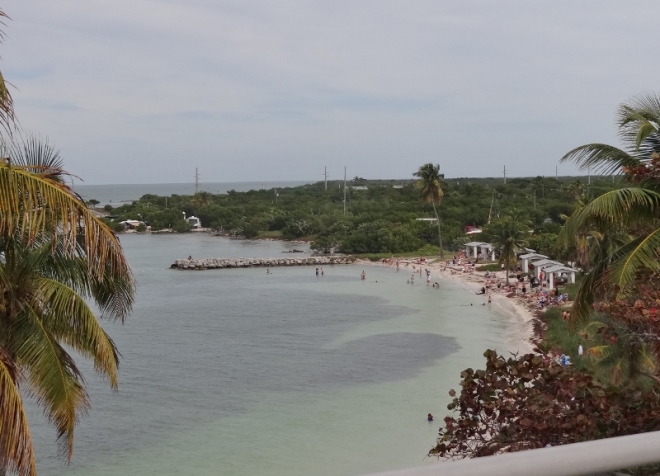 Looking down from the old bridge at Bahia Honda

The park offers camping, great beaches, a nature center and a small marina basin with snack bar. You enter the basin immediately past the rock jetty you see sticking out. The narrow channel entrance is about 5.5 ft deep but once inside the basin is deeper. Remember this fact. 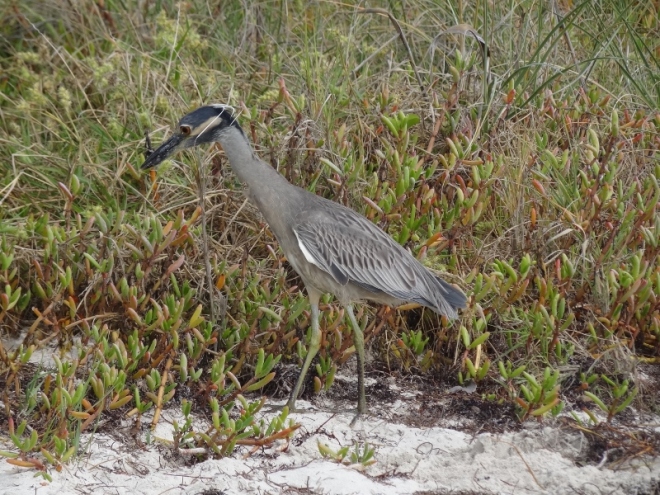 We walked by this Green Heron twice. Was he scared stiff or loved to pose?

The relatively new Aquarium Encounters in Marathon was interesting but since we’d seen much of the inhabitants close-up and personal the visit was “OK”.

We did get a kick out of the red light corner; heat, what else? 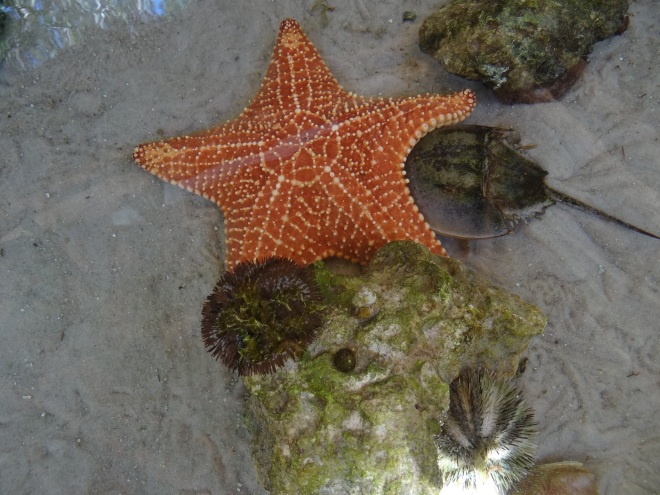 Sparky’s Landing was just a few miles north of the Aquarium and boy we were glad we opted to eat here rather than the cute snack stand on site. Extensive and yummy appetizer menu; just my thing. The artichoke/crab dip clogged my arteries just gazing at it, but I survived to tell you how delicious it was. Drinks- awesome too. We sat ringside overlooking the small and quite obviously shallow bay. A narrow, marked channel  brought boats to the dock next to Sparky’s (mostly charter) but how one would go in further, we weren’t sure. 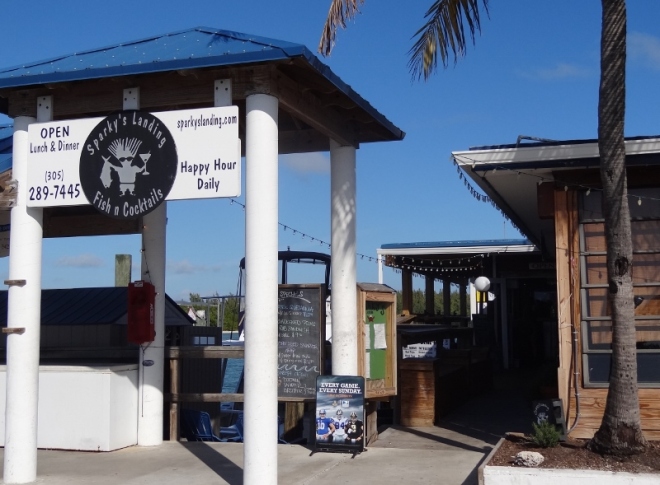 Sparky’s proclaimed they had the best Happy Hour in Marathon- great wait staff for sure! 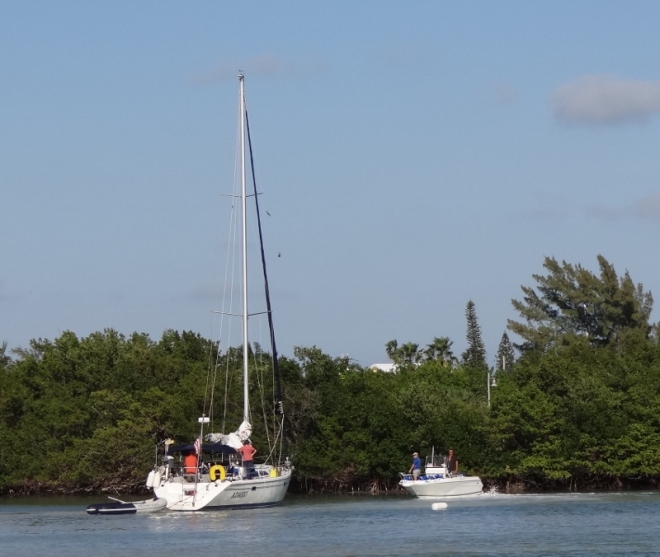 We watched this boat go aground as he opted not to use the channel- at high tide yet.

Saw the scene unfold, knew the outcome, still aground when we left. Several boats passed by but finally the sailboat let the power try to work him free. Going to be a long night if you are stuck at high tide.

As we left Sparky’s, hardly able to tear ourselves away from a scene we hadn’t witnessed in many months, a server pointed out this gal drinking manatee nectar; fresh water. Our best close-up to a manatee ever. Ok, one benefit to land cruising. 🙂

The day before leaving the Keys Chris and Tracy joined us for lunch at Sparky’s and this time the food, drinks and service was just as great, but lacked on-water excitement. Funny thing was we were taking about power cats (Tracy desires) and then a blue-hulled Lagoon power cat (4oft) comes along from the inner basin, right over the same spot where the sailboat ran aground a month before, and even at low tide, just glides on by. Cats rule ‘cuz running aground is cruel. 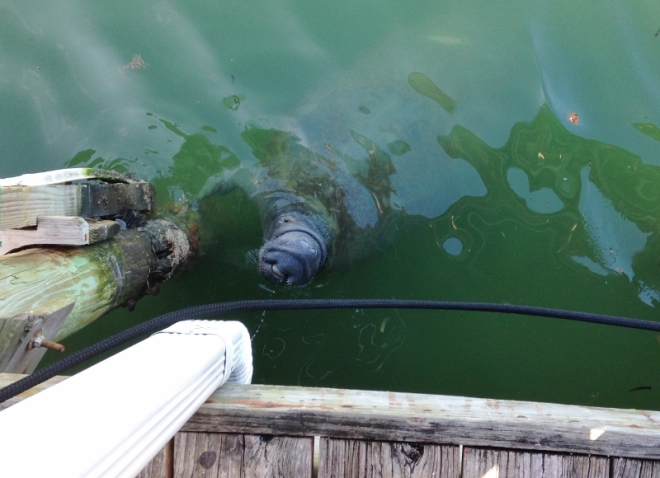