Perhaps that title should say “for” instead of “in” since we were holed up there exactly 72 hours.

The complexities, some self-imposed, of coastal New England summer cruising mean you can’t harbor hop whenever you darn well please. Popular places, which we adore as much as the next boater/cruiser, quickly fill up on weekends (weekends begin on Thursday in July and August) so plan accordingly. Oh wait, now the weather has collapsed? Find a safe harbor and tuck in; if conditions improve you simply leave for the next desired place. But wait! What if the weekend has arrived? Power boats have the speed advantage and if we want to burn more diesel than the next guy we can out-race another sailing vessel, maybe even out-sail them too! Or since we are so wide we’ll push everyone aside and nab that last mooring which is now more desired than that first cup of morning java.

A diverse neighborhood for sure. This house seemed to encourage deer to stop by

After participating in and watching plenty of Block Island at-anchor dramas, only a mooring will do for this cat. If you don’t nab one of the town moorings, at 3pm the harbor master will assign you a private mooring one night at a time. Early the next morning you can join the circling buzzards in the town mooring field attempting to grab a soon-to-be available ball, assuming any open up. Sounds exciting right? What if you don’t get a mooring? Three choices: one, you leave; two, you anchor, finding room even if there isn’t any and expect the depth to exceed 25ft; three, try to get a slip-ha! If that isn’t insanity. You will be rafted at Champlains- great for power boaters who love loud music and making new friends while climbing over their boats too intoxicated to know when they’ve arrived at their own. Would you believe this isn’t for us? Not before, not now.
If you survive being anchored for a day, you just get assigned another private mooring for the night and start the process over. The private mooring owners need to tell the harbor master if they will be using their mooring, otherwise one of us transients may get to use it. The owner gets a piece of the nightly fee of course.
Where is Ortolan then? Not at Block, not with rain, wind, fog and a nasty forecast. 3 Mile Harbor is only two miles long, but the distance into town (East Hampton of the famous Hamptons) is three miles. The real weather didn’t end up as bad as predicted and if not for our anchoring phobia at Block we’d have headed there sooner. Monday was extremely calm (so much for 15-25mph wind) so we took Bunting up harbor and around the jetty to the beach. Landing the dinghy here would give us a short walk to a nearby market and deli. 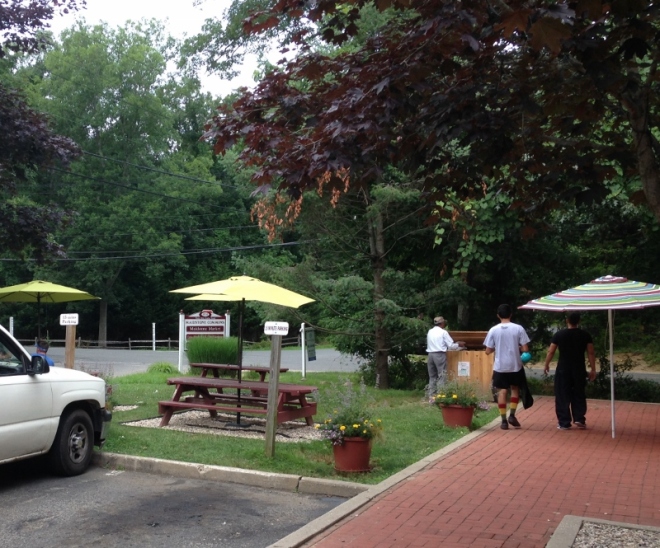 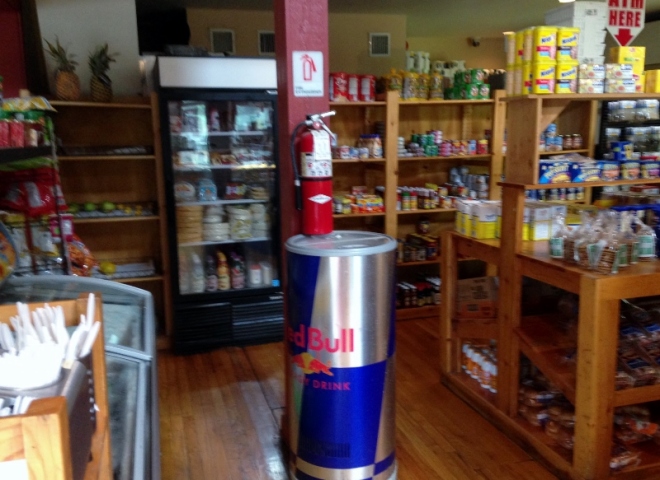 Due to our keen interest (mine especially) in weather conditions, the electronics are usually on which means the displays over the table showing wind speed, depth and air temp can be on, as well as the Garmin chart plotter with Sirius XM radio and the “weather” screen selected. The VHF can be on also. We pass the time listening to the Coast Guard make frequently barely intelligible announcements and much eye-rolling ensues when we hear of a hazard to navigation or a vessel in need of assistance and the location (lat and lon) is rattled off before you could possibly pick up your pen, never mind find a piece of paper. Half the time no other reference point is mentioned; like we’re supposed to know where Cow Neck is for example. But I was freaked out to hear announcements one day from as far away as Delaware Bay and Atlantic City. Hadn’t we left all that behind us?

We saw this hard-working clammer every day. Took this shot shortly before we left the harbor.

By Tuesday, the dew point was off the scale and even though we didn’t get rain until late evening, between the fog and mega-moisture surrounding us, it felt and sounded like sprinkles all day. Once this stalled front moves on, so will we.
Foodie Notes: fresh donuts made with a Dreesen’s doughnut robot fry machine can be found in East Hampton at Scoop du Jour; was too far a walk for us initially, but after a couple of days we would have gone for it had we not become glued to our seats. Not a great donut destination, but one we’d have liked to check out.