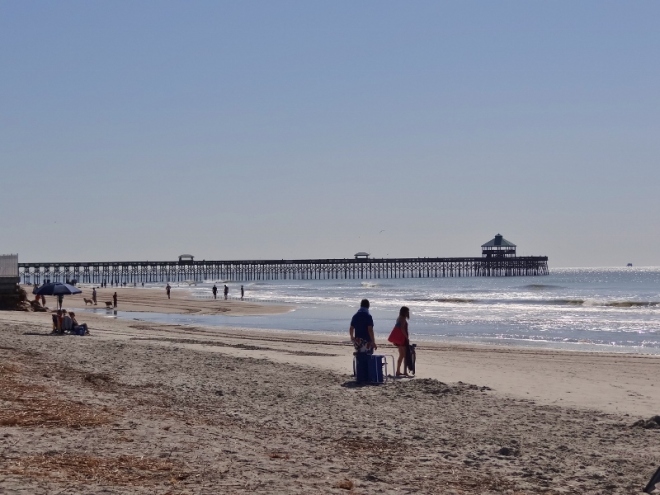 Folly Beach and the lonnnnng pier shortly after low tide

We’d gotten a great tip the day we took the loaner car out to shop. Aye mates, shark teeth can be found on Folly Beach. If I can quote our son, “Shark teeth would definitely complete your collection!” Sunday morning off we went, returning with a handful of shells, mahi mahi from Crosby’s seafood and yes, one small shark’s tooth.

Shrimp boats ready and waiting for the season to begin

The remainder of the day was devoted to feeling the spirit of an earlier age as we left behind the 21st Century and explored Middleton Place with the oldest landscaped gardens in America. This restored and multi-faceted plantation was first established in 1705 and Henry Middleton acquired it through marriage to Mary Williams in 1741. For 125 years the property was the family seat of four generations of Middletons who played important roles in American history. It has stayed under the same family stewardship for over 300 years. 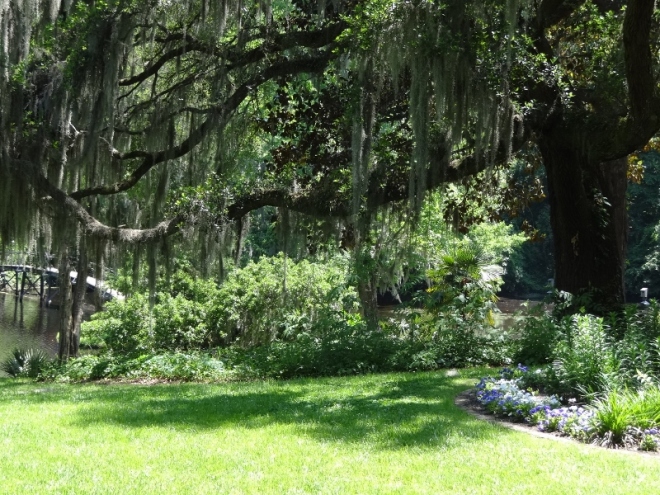 Near the remaining house. Mill Pond and bridge to the left

Butterfly Lakes with the Ashley River in the background

The less severely damaged south flanker was restored by the family in 1869-1870 to be their residence. Not long after the Civil War and the Great Earthquake of 1886 the property slid into neglect. Early in the 20th century direct descendant of Henry Middleton inherited Middleton Place and together with his energetic bride spent many years restoring and enhancing the gardens.

Somewhere beautiful along the Mill Pond

But the former plantation, situated overlooking the upper Ashley River is more than gardens; secret, sunken and otherwise. Today we can walk around the grounds and find the Carriage House; spinning and textile stall; candle, soap, corn grinding and tanning stall; a Cooperage stall, pottery stall, blacksmith shop; a slew of various farm animals; a demonstration rice field and more.

Our first stop was the restaurant (the booklet didn’t say it was anything prior, so maybe it was added in the 1970s) with indoor and outdoor seating. Your choice of a tasty Low Country buffet or order a la carte from a soup and salad menu. Excellent food and sorry, but I had to snicker when the ladies at the table nearby asked what She Crab Soup was. The waiter said, “You must not be from around here.” No ma’am; they were from California. 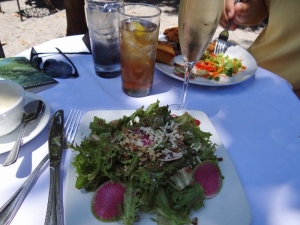 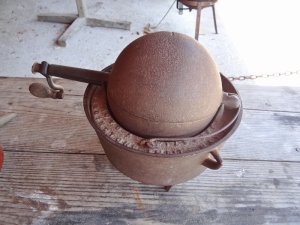 This contraption is a coffee roaster. Just rotate for 45 mins, then grind and brew. Don’t be in a hurry!

Benj, this one is four ewe! Gulf Coast Sheep

This sign provided a good basic intro to rice growing 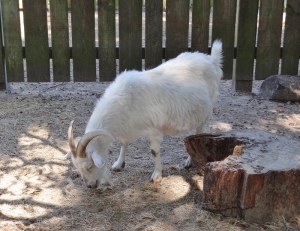 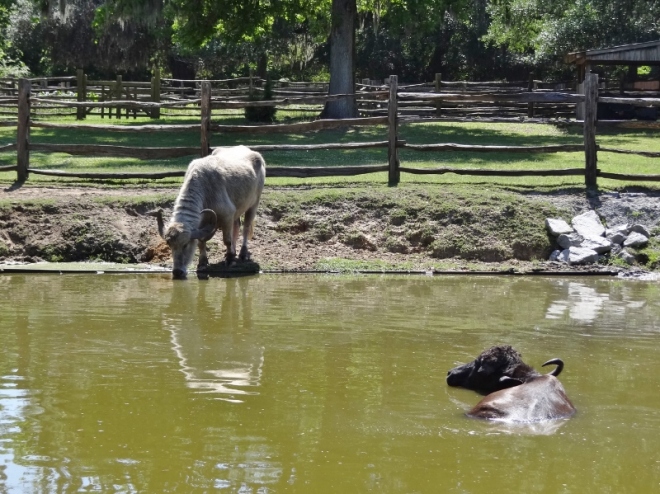 Two water buffalo; the black one only has one horn

I love peacocks. This guy must be used to having his picture taken