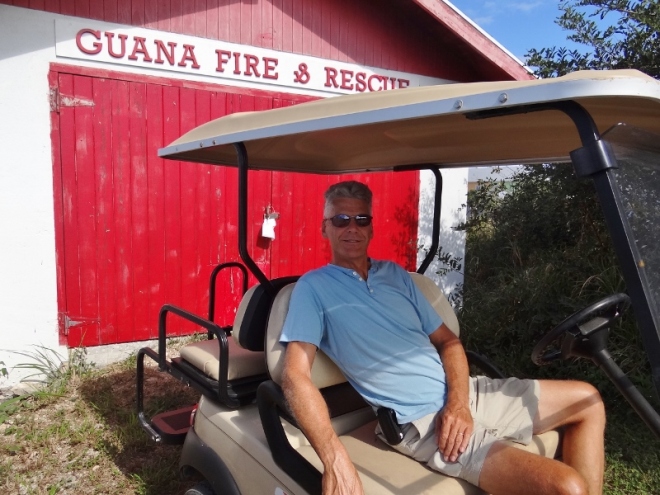 We begin our tour at the freshly painted Fire & Rescue bldg. near Dive Guana

Anchored two days before Friday’s concert- what to do? For one, we spent hours re-anchoring three times. Desirous of good spacing between boats, not having our rudder scraping an old mooring block and finding a sandy spot for the anchor (Fortress this time)- oh and being not too close to the docks near Dive Guana when the wind shifted SE, we wanted to be settled before the crowds arrived in the small bay.

Our second attempt gave our rudder perfect placement just inches over an old cement mooring block. Couldn’t do that again if we wanted. Moved again a very short distance and that seemed fine until Russ saw that the anchor wasn’t dug in well enough. Long story short he jumped in the water (5ft), and finally picked up the darn thing, slung it over his shoulder and with me putting one engine in gear, he placed it in a softer, sandy spot where it could dig in and be happy. Even though the anchor had been in a sparse grass spot, he was surprised at the extensive root structure and how well that kept the sharp flukes of the anchor from digging in. So to all who don’t dive on your anchor and believe that sparse grass is OK, don’t be so sure.

We’d walked into town Wed afternoon, landing Bunting as usual on the beach at Grabbers. Right off we ran into Achar, the new(?) manager who told us all about the weekend events: potluck tonight, New Entry Band Thurs night, Junkanoo Friday night and a huge pig roast Saturday.

Milo was sitting in his little yellow shack, looking poorly and telling us (as usual) no lobster today. The grocery did much better and we went on to make dinner reservations for Russ’s birthday Thursday at Orchid Bay’s restaurant.

Dive Guana, not only offers dive and snorkel tours, island hopping, mooring balls, cart, bike and kayak rentals but Troy is the BASRA rep on the island, one of the volunteer fire and rescue guys, provides the Net’s weather report on weekends and gives the daily “how’s it looking on the Sea of Abaco” report on the Net.

Thursday we rented a cart for a few hours and toured the island; well, as much as we could, given that Baker’s Bay Resort has blocked off the upper third. 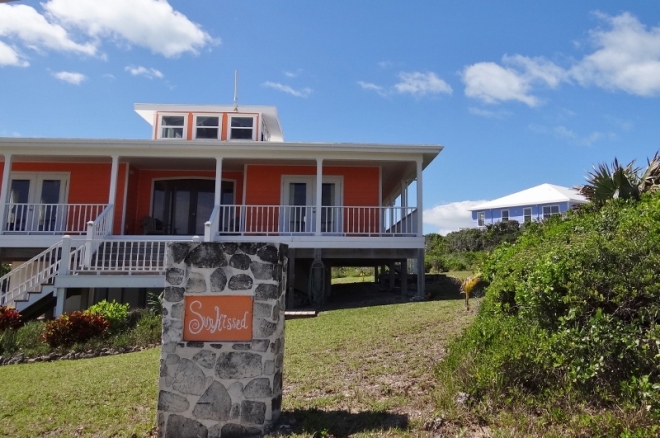 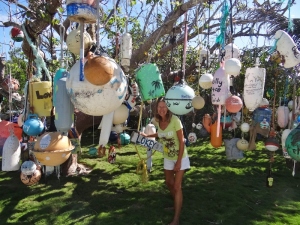 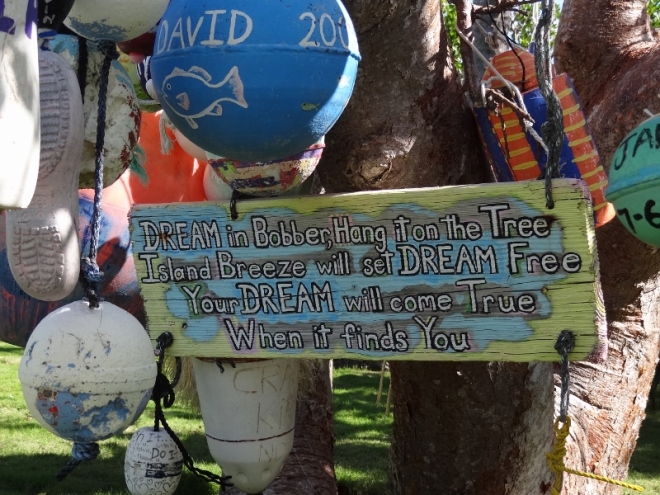 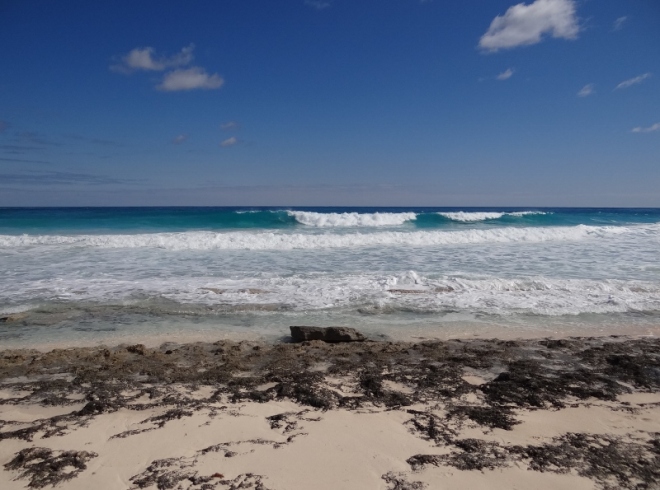 The ocean was very active off Guana Cay- surfing anyone? 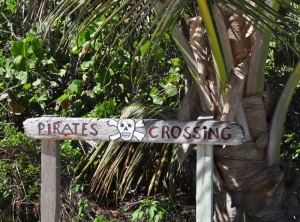 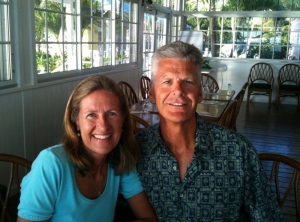 Dinner at Orchid Bay’s restaurant was lovely, the service attentive and the twin lobster tails melt in your mouth delicious. Given that spiny lobster doesn’t taste as sweet and creamy as cold water lobster, these came as close as any we’ve ever had. This sent us searching for an improved way to prepare the ones we buy in the market. I wish I could say, “that we catch ourselves” but alas our lobster pirate is currently in Vermont.

Our dessert decision was made for us when the hostess and wait staff swooped in with a decorated dish of coconut topped cake and sang Happy Birthday, much to our surprised delight.